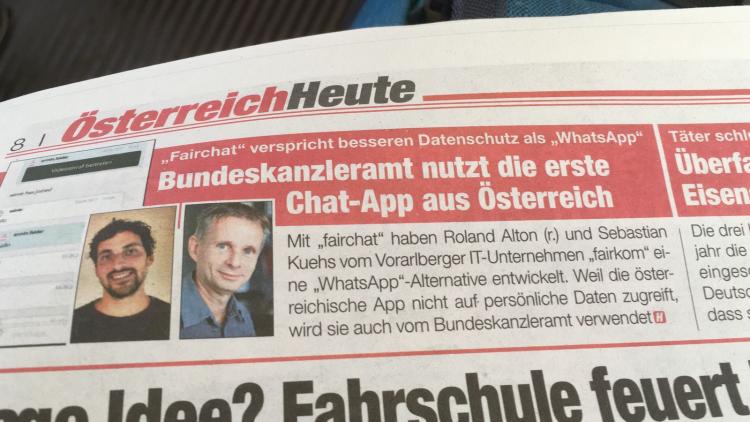 With our messanger service fairchat, fairkom has been nearly hugged-to-death by media talking about fairchat. We only gave some press material to local magazines, but many radio stations and print magazines created a story. Well, servers remained stable when thousands of new fairlogin users registered. But they caused a lot of support requests which we bearly can handle with our small team.  Meanwhile we have streamlined the onboardig process and launched two new versions of the fairchat App. Due to the upcoming GDPR data protection regulation we fear that this trend will continue, having another round of intervews this week.

Users get a fairlogin Single-Sign-On Account to register instead of using the phone book and copying the address book to the server (like othe rmessengers do). This requires an extra step, a feature which someusers on  Google Play Store did not expect. Wir haben da jeweils prompt zu reagieren versucht.

Read our press release in the german version of this blog article.