It's organic - just for the internet

We are fairkom
A network for open source based solutions

The fairkom society is a partnership network with a core team in western Austria and independent IT consultants in German-speaking countries.

As a "light version cooperative", we show the various possibilities of open source tools and support their implementation. We work in four fields: Cloud Services, Software Development, Social Design and Commons.

The fields of open source Cloud Services and open source Software Development are organised as a commercial enterprise with a focus on sustainably operating organisations, companies and the public sector. In the field of Social Design we implement holistic communication solutions. Within the Commons field, RegisteredCommons is operated and Creative Commons is coordinated in Austria.

Within the framework of a business model that is oriented towards the common good and ecologically justifiable, we bring the four fields into harmony and reinvest profits in open source and commons projects. fairkom is anchored in numerous networks and makes technological developments freely and openly available.

The aim is the conceptual and practical provision of communication media, with the mission of demonstrating possible applications for online tools, especially using free software.

What makes fairkom fair?
Our orientation towards common good and perma-cultural principles

When buying groceries, more and more attention goes to where the groceries come from and under which conditions they were produced.

Organic food is characterized by their organic origin. For example animals that are kept in a species-appropriate manner in accordance with the EC Organic Regulation.

Standards regulate that organic food is not genetically modified and that no synthetic pesticides are used. In perma-culture, the principle of cooperation instead of competition applies, where feedback is obtained from the ecosystem (you!). This principle can also be applied to IT!

Organic for the internet

We would like to create a similar awareness for dealing with data and service providers on the Internet and want to set a good example. Unfortunately, there are no binding standards in IT yet (a working group has been formed in the German Informatics Society). Here we list what fairness on the internet can mean. Here, too, it is about cycles and about seeing challenges as opportunities.

Just as we sometimes get a head of lettuce for free from a regional producer at the market, many fairapps services can be tried out at any time. 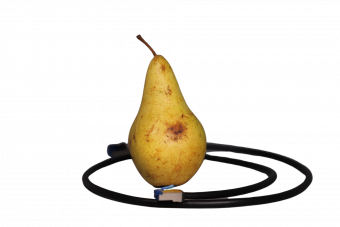 All of our applications are GDPR compliant!

For European cloud providers, the General Data Protection Regulation (GDPR) became an important tool to counter the omnipotence of the hyper-capitalized Big 5 tech companies Google, Amazon, Facebook, Apple and Microsoft - GAFAM for short, which have set up quasi-monopolies in their respective areas. Due to the FISA regulations, US cloud providers could never reach our European level of data security. More information on GDPR and FISA can be found here. 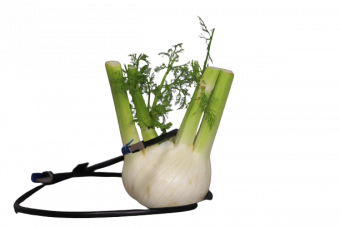 All our servers are located in the EU

Our most important hosting partner is Hetzner. The German data center parks are supplied with electricity from hydropower. The power requirements of the Helsinki data center park in Finland are covered by wind and hydroelectric power. More than half of our servers are used models that we carefully monitor and some of which have been in use for more than ten years. In RAID1 operation, we can keep hard disks in operation for many years and only replace individual ones when storage sectors can no longer be corrected. With virtualization and our own kubernetes, Jitsi and BigBlueButton clusters we can distribute loads efficiently. Hetzner is certified according to DIN ISO/IEC 27001, as is our Austrian hosting partner Internex. 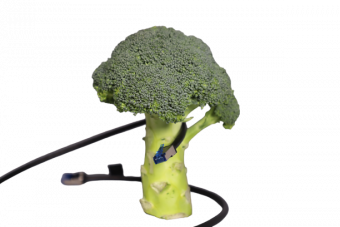 Software code for all

Open source software means that the code is visible and openly accessible to everyone. So there are no secrets in algorithms or the possibility to monitor users without their consent. Our code is managed on our own Gitlab server or on GitHub. This allows software projects to be developed, feedback on issues to be obtained and versions to be managed. Because software is never finished and needs a lot of maintenance.

There are no licence fees for using open source software. Contracts with a minimum term and monthly costs for the right to use the software are therefore not necessary. This can reduce the dependence on a manufacturer. 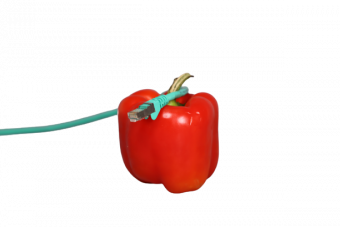 Software as a Service (SaaS)

Useful online-services in our portfolio

Software as a Service (SaaS) is a good solution for those who do not want to set up open source software on a server independently or who can't host it themselves. SaaS is a subset of cloud computing in which shared computing resources, such as servers or data storage, are made available for everyone. As a service provider for SaaS, fairkom provides a selection of open source software that is operated on our infrastructure. Customers can use the open source applications as a service. 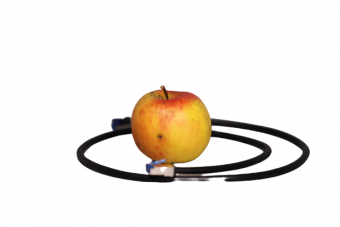 Our services work in a data-efficient way

Our services are data-efficient and we have deliberately decided against cookies and the associated web tracking. Our web services do not make any requests to external servers and only use a few, sometimes technically necessary, cookies that come exclusively from our own servers. If you want to know more about it or want to check it yourself, you can find further information here. 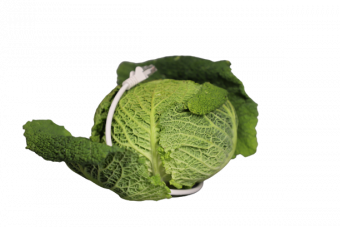 Profit is not our main focus

We grow organically with our customers and are equity-financed. We are not driven by the capital market and do not have to serve shareholders with short-term profit expectations. fairkom is organized in such a way that profits (i.e. what is left after paying staff and server costs) may only be invested in open source and commons projects. We offer our partners and employees fair hourly rates and wages based on the collective agreement of the social partners in Austria. 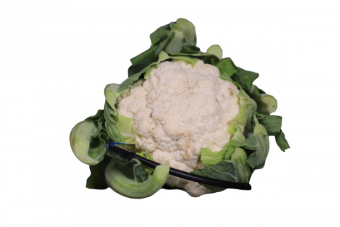 Without installation and hard limits

When using our applications, users are free to decide whether, for example, they want to take part in a video conference within their browser or whether the program should be installed on their computer. All fairkom applications work in the browser, the installation of a program or an app is offered as an option, but is not mandatory.

The use of the applications is based on the fair-use principle. The video conferencing application fairmeeting can also be used free of charge for private use. The packages are not billed according to the number of participants or the duration of use, but rather guideline values for use are given. Rare overruns are fine according to the fair use principle. 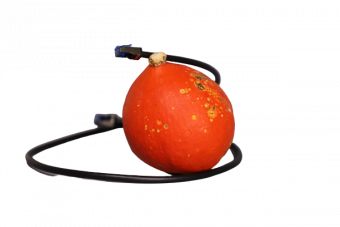 Part of a community

Let's work on the network together!

Behind software projects like BigBlueButton or JitsiMeet is often a large community, which develops projects quickly. fairkom is part of the open source community and has an extensive networks. Software code is regularly reviewed within the community and anyone can find and fix bugs in the code. As a result, the code is constantly optimized and bugs are quickly fixed.

In this way, open source software can be modified and adapted to the respective needs. Feature requests can be developed and the software expanded. Changes can be tracked in detail thanks to version management. Good documentation provides information about the project and explains how the software can be used. Open source software projects offer room for innovation because the developers are not bound by specifications but can implement their own ideas and concepts.

fairkom develops new features for open source applications and gives them back to the community. For example, fairblue, an extension for BigBlueButton, which enables simultaneous translation during a conference. 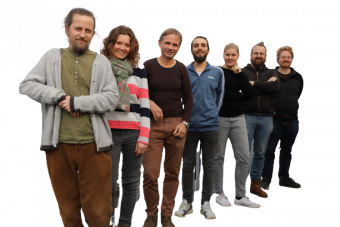 Just give us a call!

We are not an anonymous service provider. fairkom has its headquarters in western Austria, Dornbirn, Vorarlberg. We have practical office space there, where visitors are always welcome. You are also welcome to pick up the phone, we are usually easy to reach during office hours and have an open ear for inquiries.

Of course, we also offer support for our open source applications on various channels.

Years of experience
Our story: from "Grätzltelefon" to cloud solutions

Our story begins with the PUBLIC VOICE Lab, which was founded in 1994 and took over telephone services for local civic engagement in Vienna. With the Internet boom, we have implemented numerous media and research projects and published books through PUBLIC VOICE Telecommunications GmbH and later in our own publishing house. Web4Groups was a spin-off with Kapsch AG.

In 2002, staff members and partners joined together to form a cooperative originally founded by the Free Radios. The activities of the "International Media Association reg.Gen.m.b.H." were the realisation of IT and communication solutions based on open source components.

From 2006, the more than 50 members came together as an operating cooperative under the brand name osAlliance. In 2012, ALLMENDA was formed from this. The focus was on projects with local added value.

Since the introduction of Creative Commons (CC) in Austria in 2004, our members have been working on this issue. The official CC partnership followed in 2012.

The division of the ALLMENDA cooperative followed in 2015. The diverse topics were structured and the business areas of cloud and information technology were brought back into the PUBLIC VOICE Lab, which has been operating as a fairkom company since 2016.

We celebrated our 25th anniversary at Linuxday 2019 in Dornbirn and designed our own best-of page for the occasion. In 2020, we experienced a lot of popularity and also project enquiries, which led to an expansion of the team, not least due to the unlimited provision of open source video conferencing services in the Corona Pandemic.

Our mission
Means and purpose of the fairkom society

The means and purpose of the fairkom society are defined in the statutes.

The conceptual and practical provision of communication media reflects the purpose of fairkom. New possibilities for using online media, especially using free and fair software, are to be shown. The development and use of open source software is significantly supported by fairkom. In addition, the open source idea should be spread and strengthened in business and society.

These are our goals:

Income and usage of funds:

Report a case in GitLab

Ask a question in the fairapps chat channel